necessity is the mother of invention.

In 1981, formulation chemist John Efroymson found himself facing unemployment when his company, Roman Cleanser of Detroit Michigan, had to close its doors. Having enjoyed his work and having a family to support, John forged ahead by reformulating his talents in the form of a small chemical consulting firm, Sterling Consultants.  John purchased as much lab equipment from Roman Cleanser as he could and moved it to Sylvania to start the next chapter of his life…and the first chapter of Sterling.

John’s new business allowed him to continue the good work he was doing as a chemist, and clients were pleased with his formulations. One good thing led to another when John’s clients expressed an increased need for quality control measures as well as curiosity about their competitors’ performance. These inquiries ushered in a new focus for John and a new era for Sterling.

In 1991, Tod Losey, a fresh-from-the-Navy environmental technology student, began working for John as a lab tech. Tod advanced to laboratory manager in 1994 and has been further solidifying his Sterling loyalty ever since. By 2004, Sterling’s founder decided it was time to retire. John sold his company, by then called Sterling Laboratories, to Ralph Wooddell, who asked Tod to stay on as his partner.

Over the next 15 years, Tod and Ralph, the new dynamic cleaning duo, continued to deliver the exceptional service and performance testing clients had come to expect from Sterling. Ready to retire himself in 2019, Ralph handed over the reins by selling his share of the company to Tod and his wife, Lindy, Sterling’s Chief Financial Officer. Today, Tod and Lindy continue to serve Sterling clients with just the right mix of outstanding testing strategies, straightforward testing results, and personalized service.

our performance is in our people 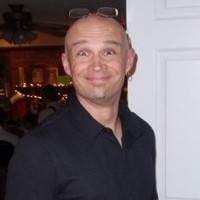 Sterling Labs has its own green-eyed, smooth-headed, pierced-eared cleaning guru, and he doesn’t just do floors and countertops. Tod, our own sparkly cleaning icon, is an all-out master of product testing development and execution. Starting with Sterling Labs in 1991 as a laboratory technician, Tod has spent the past three decades perfecting his craft and now serves as Sterling’s President and Director of Laboratory Operations. Want to talk to the person in charge? That’s no big deal at Sterling.

Lindy is the practicality to Tod’s playfulness and the function to his free spirit, our seasoned CFO Lindy keeps the place running as smoothly as a newly-installed lab dishwasher. With years of experience, our Chief Financial Officer is well-versed in all things accounting and commerce. Need to chat about the business side of things? 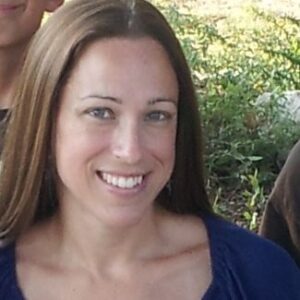 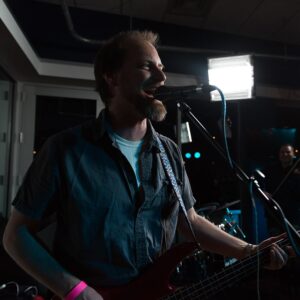 Music, Computer Engineering and an insatiable thirst for understanding the world around him led Tom to Sterling Laboratories in 2016. Working closely with Tod, Tom has developed the kind of working relationship only peas and carrots can relate to. Exhibiting an attention to detail and a willingness to experiment, Tom tests products in the lab with a passion and perseverance you might only find in a Van Gogh painting. Have you ever wanted to tell a stranger to keep on trucking?

Shoot me an email…

From ‘Chemist of the Quarter’ in 7th grade, to a tattoo of the DNA double helix, Kim has always found fun in science.  Just before graduating from BGSU with a degree in Biology and a minor in Chemistry, Kim was hired at MCO as a Biomedical Research Technician studying hypertension. The next 4 years were spent playing with rat DNA to help find areas in the genes affecting blood pressure.  Leaving the research game in 2001 to focus on family, Kim spent the next almost 20 years with ProMedica as a Certified Pharmacy Technician in the Inpatient, Outpatient, and Specialty Pharmacies.  Whether working on DNA sequencing, compounding dermatological treatments, or formulating IV’s for patients in the hospital, Kim’s precision and repeatability of methods has always been a strength!  This focus and attention to detail are the kind of attributes Kim brings with her to Sterling Laboratories. 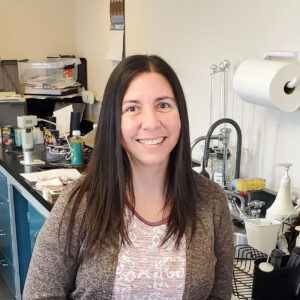 check out our professional affiliations.

We strive to have fun and enjoy our work while also maintaining a high level of quality, integrity, and professionalism. We value our clients by offering timely, detailed service in a flexible yet dependable environment. We also value the greater scientific community as well as our local community by being present, being involved, and contributing with sincerity.